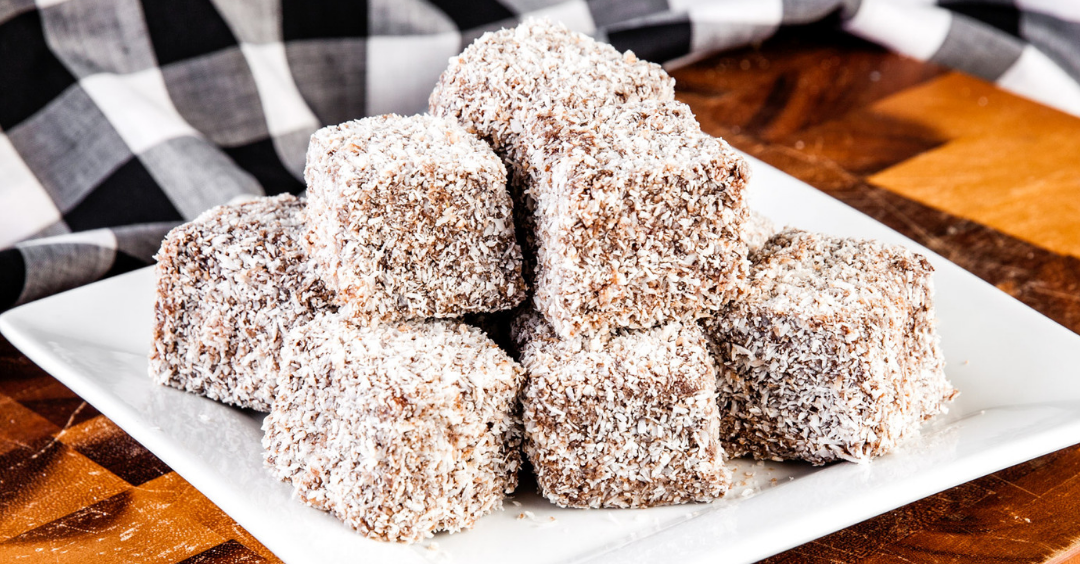 National Lamington Day is July 21st. The origins of why this date was selected are a little sketchy, but it has become a fun day to celebrate Australia’s iconic cake and let’s face it – what’s more Australian than that – a day to eat cake, fondly remember your childhood memories of school lamington drives and perhaps make some new memories with family and friends!

And what fun people have had with lamingtons. The record for the biggest lamington in size is currently held by a bakery in Toowoomba – who created a monster 2 tonne lamington in 2011 (that’s not a great chocolate to cake ratio we don’t think) and our own Adelaide Convention Centre created the longest lamington line ever in 2015 – snaking its way through the newly opened section of the centre and measuring a whopping 1079m and featuring over 20000 individually hand made lamingtons.

Kytons of course has Larry the Lamington – our 7 foot tall, giant lamington mascot. The full sized Larry made his first appearance at the Royal Show in 2010 and has become a favourite in the daily mascot parades as well as at events throughout the year. Larry loves to sing and dance and is a particular fan of high fives and selfies!

The lamington itself, was created back in the 1800s – more by necessity than by design as legend would have it. Lord Lamington was governor of Queensland in the last decade of the 1800s and the story goes that unexpected guests visited Government House and having nothing but stale cake to serve them, the Governor’s cook dipped cubes of stale cake in melted chocolate to make it more palatable and then rolled these chocolate cubes in coconut so the guests wouldn’t get their fingers dirty. The lamington was born….

The traditional lamington features vanilla sponge as its centre, but over the last 10 years Kytons has introduced a raspberry lamington, coffee lamington and even a bite-sized mini lamington to offer choice to our range.

So whatever your memories are of lamingtons – we hope you’ll join in on celebrating National Lamington Day with a Kytons lamington on July 21 and enjoy one of SA’s iconic culinary delights!