The story of the coffee lamington 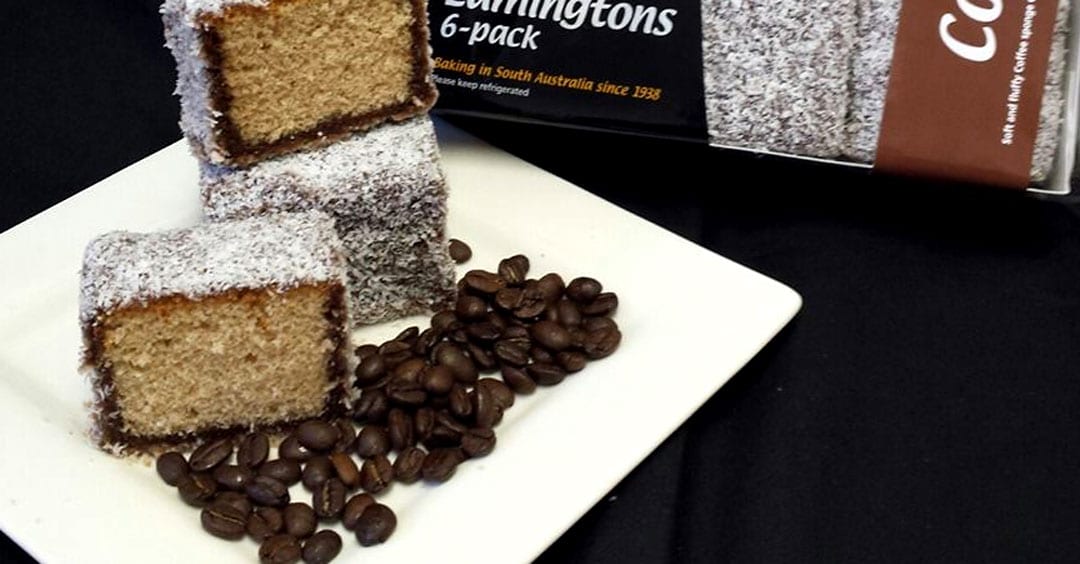 This is the story of the coffee lamington, which has developed quite a following over the last few years so why not grab a coffee (of course!) and find out how it came to be…

In 2013, Kytons Bakery celebrated its 75th Birthday with a giant lamington cake at the Royal Adelaide Show and by asking visitors to the show to help us choose a new flavoured lamington to join our range!

Kytons lamingtons have been such an iconic part of so many South Australians’ fundraisers over the previous decades we thought it was a fitting way to mark such a significant milestone.

The proof is in the tasting

Throughout Show week, we conducted tastings of various flavours on the hour each day, asking people to vote for their favourite.

Thousands of show goers embraced the idea of being part of Kytons product development team and enthusiastically tasted and voted – many even returned the following hour to taste again – just to be sure!

At the end of the week the votes were counted and the winner decided.

There were less than 100 votes between the orange and coffee flavours so over the next twelve months we released both flavours into our fundraising and retail range.

Subtlety, the key to the story of the coffee lamington

The coffee lamington, with its subtle latte flavour that matches so beautifully with the richness of Kytons secret chocolate sauce recipe has become a favourite for many lamington lovers – including me!

As I say to our shop customers whenever I’m asked “which is your favourite,” I never thought I would find a flavour that I loved more than the original, but I too have become a coffee lamington fan.

So if you enjoy a coffee or mocha, why not give this alternative lamington flavour – you too may become a fan.

PS – the flavour we use in the coffee sponge is actually a good quality natural flavour, so you get a superb coffee flavour but no caffeine, so we have lots of kids who love the coffee lamington – yes that surprised me too.